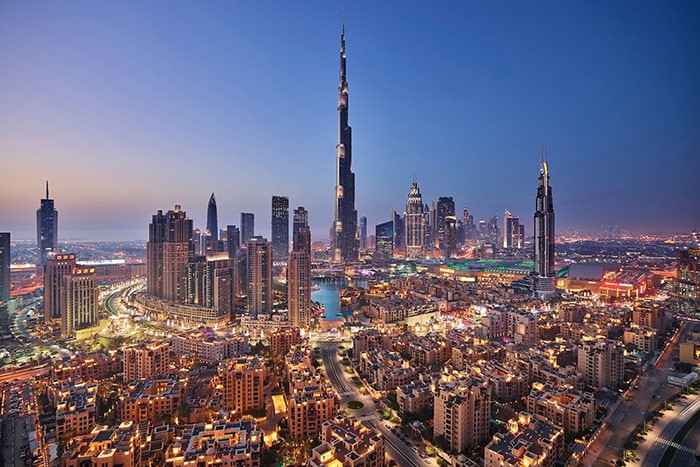 Dubai residential market is expected to record Dh61.9 billion worth of villa and apartment transactions during the first five months of this year despite record spike in worldwide inflation, latest report shows.

Global property consultants believes that the impact of global inflation on the UAE economy and Dubai’s residential market is likely to be limited for now due to effective government measures.

There are many reasons for cautious optimism when it comes to containing inflation in the UAE. The government’s extremely diversified imports strategy, steps to boost food security in recent years and the strength of the US dollar, which is curtailing imported inflation, are all huge positives.

By far the most effective measure is the government’s pre-emptive stealth move to freeze the price for 11,000 basic goods, including milk, bread, meat and poultry. The policy has been bolstered by the surge in crude oil prices, which is going to underpin a sharp turnaround in economic growth.

Citing data from Oxford Economics, reports points to the expected rebound in Abu Dhabi’s GDP growth from about 0.5 per cent to just over six per cent this year. Dubai’s GDP is also expected to expand by a similar figure, mirroring last year’s growth, boosted by a widespread resumption in global travel and the emirate’s attractiveness as a global holiday hotspot.

The entire world continues its battle with inflation and rising prices. However, the UAE’s property market and economy, on the whole, will not be impacted as much as other countries, thanks to the strategic decisions taken by the government.

The latest ‘price freeze’ campaign is another great initiative as it will help control prices and keep the impact of inflation on economy in general and real estate in particular to the minimum.

Inflation has hit the globe and hardly any sector as remained aloof.

The rising hydrocarbon and energy prices are adding fuel to the fire. Energy costs affects nearly everybody and all sectors of the business; with the increase in the fuel costs, the businesses will sooner rather than later pass on the same to the consumers.

UAE is not an exception to the inflationary trends and cost of living could increase substantially in the coming months. The UAE real estate has witnessed the rising trends pre inflation however it seems that inflation has further boosted the same.

With the growing resident population, ease of visas, growth-oriented government measures, its very likely that the demand for housing units will increase. It will be the simple math of demand and supply. When the next quarter or year-end business figures are analysed, they are likely to show a growth, however one needs to factor in the inflation to arrive at the real growth. One needs to look beneath this shroud.

The relative positivity in the economy is percolating through to business activity levels, with the latest PMI reading for the UAE’s all-important non-oil sector holding steady at a 12-month high in April as orders continued to rise, however the pace of recruitment appear to have slowed slightly.

The April PMI readings indicate that businesses are clearly nervous about rising cost pressures. Two immediate pressure release valves are a reduction in the pace of new hires and passing on costs to consumers. The latter is often seen as a last resort and we’re not seeing that yet.

The UAE’s fiscal policy correlates with the US, and the recent 50 basis point hike in interest rates to 2.25 per cent does mean higher outgoings for mortgaged households going forward, however it remains comparable with other international prime markets.

Mortgaged buyers for villas and apartments account for just 18 per cent of Dubai’s residential market, by value, at present. Last year the figure was nearer 40 per cent and in 2007 just over 50 per cent of transactions were financed.

While this appears to be a decrease in residential mortgage lending, as at the end of May there has been almost Dh38 billion of financing extended across all real estate asset classes. Extrapolating the number of transactions, we have seen so far this year, 2022 could be on course to see the second highest level of mortgaged deals in the last five years for the whole real estate market. The main challenge is for banks to keep pace with the current growth of the market.

For the residential market however, the bulk of deals at the top end of the price spectrum are cash purchases, in large part due to the unrelenting influx of ultra-high net worth capital targeting Dubai’s most expensive homes. So, with cash remaining king, the risk to the housing market is low for now.

Furthermore, with house price growth in Dubai this year expected to hover at around 5-7 per cent for the mainstream market and 12-15 per cent for the prime markets, residential property in the emirate is still an excellent inflation hedge.