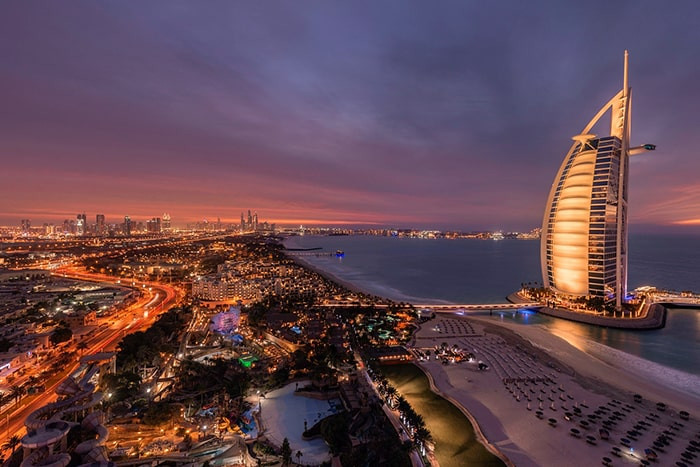 Russian buyers snapped up Dubai real estate in the first quarter of this year, climbing two places to fifth in a country ranking.

It’s the latest evidence of Russians investing in property in the Gulf business hub as the nation faces ever tighter sanctions over its invasion of Ukraine.

Purchases by Russians surged an annual 67%, declining to give a total for transactions. Russian buyers had placed seventh for two years after rising from ninth in 2019.

Russians have always been part of the United Arab Emirates market, though the recent uptick in buyers is starting off a low base.

Dubai, part of the UAE federation, has also emerged as one of the favorite destinations for some international firms seeking to relocate staff from Russia.

The property market, which contributes around a third of Dubai’s economy, is recovering from a seven-year slump. An exodus of foreign workers during the pandemic -- estimated to have resulted in the steepest population drop in the Gulf -- was the latest blow to the sector.

Occupancy levels in freehold areas have climbed as coronavirus restrictions eased, reaching 93% in the first quarter from 79% during the same period in 2021, according to the broker.

Total transactions during the first three months stood at nearly 18,000, with a sales value of about 43 billion dirhams ($11.7 billion), compared with around 10,000 in the same period last year. Dubai also saw a record sale for a single private home, worth 280 million dirhams, during the quarter.

European investors worried about a potential surge in taxes at home, and Russian buyers looking to safeguard their wealth are helping to drive sales.

Top locations for apartment purchases were Dubai’s Business Bay, close to the downtown area and the financial center hub, followed by Dubai Marina. Most villa and townhouse transactions were recorded in Jumeirah Village Circle and Arabian Ranches.

Freehold occupancy is now well above pre-pandemic levels. Despite the increased Russian interest and Indian buyers ranking second, European customers, especially from the U.K., accounted for the largest number of sales.

There is a new caliber of a western European investor that is like the super wealthy family that was previously not participating in the Dubai market and now they are.