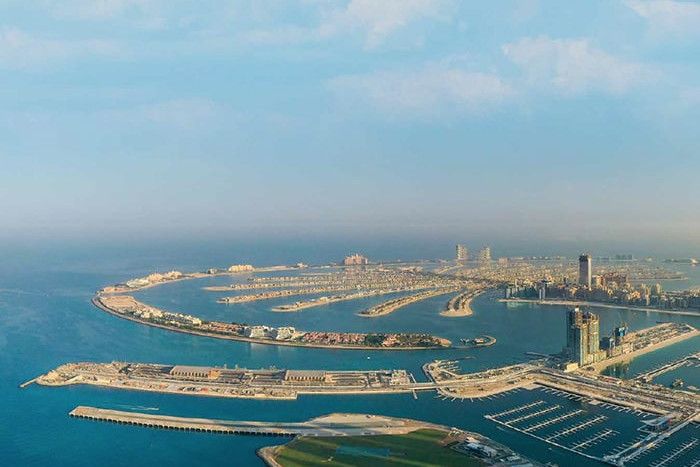 Palm Jumeirah remains the most popular area for villa buyers and Downtown Dubai appears the most sought-after location for apartments as the residential property prices in the emirate continued to increase at a steady pace with the sector recording a year-on-year average increase of around 11.5 per cent in first quarter this year due to rising demand from foreign investors and end-users.

Dubai property market will continue its upward trajectory during 2022 and beyond because of its visa reforms and open-arm approach to foreign investors.

The steady monthly growth will accelerate as new developments are announced by top developers, designed to attract investors and end-users alike. The support from the government in terms of reformed visa policies will also facilitate the influx of overseas investors and buyers. This will ultimately impact not only the property market but the overall economy of the country.

Analysis shows that prices of prime residential properties in Dubai recorded an almost 60 per cent jump over the past 12 months, underscoring the rebound of the property market boom triggered by the return of investors and international buyers.

According to another report, Dubai’s prime and super-prime real estate markets continue to flourish, rivalling Miami and New York. For the global elite, branded residences provide large and opulently serviced homes under the strength and expert care of a leading luxury brand, in addition, the UAE Government acted with laser-guided efficiency to ensure disruption was kept to a minimum, its population vaccinated, and its economy open for business – these three pillars are what’s largely driven the branded real estate landscape over the last 12 months.

According to Insights, Dubai’s villa sector continued its dominance as several key areas, including Arabian Ranches, Jumeirah Islands, The Lakes, JVC, and Palm Jumeirah saw a major increase in prices during Q1.

Apartment locations also noticed a similar trend, but the overall price growth is yet to hit the double-digit mark. Some prominent areas, including Palm Jumeirah, Downtown Dubai, JBR and The Views remained in demand.

The Palm Jumeirah remained the most sought-after destination with nearly 30 per cent year-on-year increase in prices during the first quarter of 2022.

At Dh1,630 per square foot, Downtown Dubai recorded the highest price increase during the first quarter in the apartment sector. It was followed by JBR, Palm Jumeirah, and Dubai Hills Estate, as properties here cost Dh1,450, 1,425, and 1,400 per square foot, respectively.

Among villa communities, the highest price increase in January-March 2022 quarter was recorded in Palm Jumeirah. The current average prices of villas here stand at Dh3,020. Prices in MBR City, Dubai Hills Estate, and Emirates Living are at Dh1,800, Dh1,380, and Dh1,270, respectively, also recording a significant increase in average prices.

The upswing in the Dubai property market can be attributed to high liquidity, low-interest rates, and rising migration to the UAE following the successful handling of the Covid-19 pandemic and the introduction of visa and business reforms.

Since the international borders are open after the pandemic, Dubai has seen more expats move to its shores for safety reasons, tax efficiency, lifestyle quality and a supportive business environment. Dubai opened its arms and welcomed people and businesses from across the world because of its friendly environment and consistent policies.