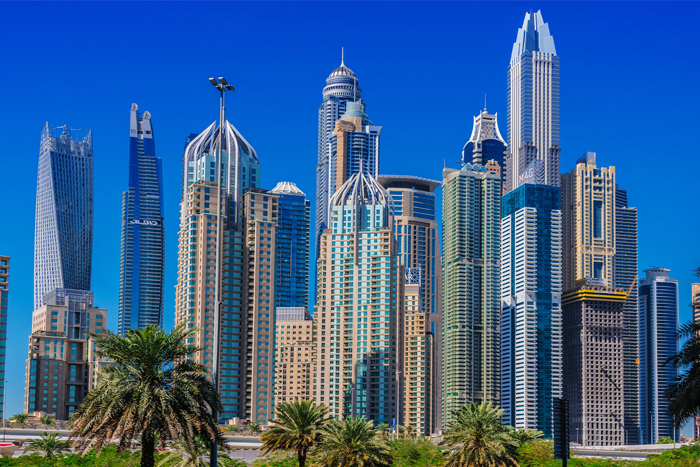 The value of ready home transactions in Dubai more than doubled annually to Dh8.5 billion ($2.3bn) in February 2022, according to the Egyptian investment bank EFG Hermes.

The increase resulted from a UAE property market rebound driven by government initiatives and Expo 2020 Dubai.

Total residential activity rose 34 percent a year to Dh15.5bn in February, with 6,913 units sold. The report said this was primarily fuelled by a three-time surge in the value of off-plan sales and a 107 percent rise in the sale of move-in-ready homes, citing Reidin data.

A total of 2,399 off-plan units worth Dh4.24bn were sold in February, compared with 955 homes valued at Dh1.26bn during the same period last year.

The UAE property market has recovered from the coronavirus-induced slowdown on the back of government initiatives such as residency permits for retirees and remote workers, as well as the expansion of the 10-year golden visa program.

Measures to contain the spread of the pandemic, such as the UAE’s widespread vaccination program, have also helped the real estate market to recover.

The value of property deals in Dubai more than doubled last year and broke a 12-year record in terms of sales transactions.

The emirate registered 61,241 sales deals worth Dh151.07bn in 2021, making it the best year for total transactions since 2013 and the highest in terms of value since 2009, said listings portal Property Finder.

In February, affordable home sales accounted for 48 percent of total residential transactions while budget and luxury home sales made up 31 percent and 21 percent of the total mix, respectively, EFG Hermes said.

Villas accounted for 36 percent of the value of all transactions while apartments contributed 31 percent and land sales added 29 percent, the report said.

Residential sales prices in Dubai rose 41.3 percent annually to an average of Dh1,612 per square foot on higher prices across all segments.

Palm Jumeirah registered the most significant increase annually, with the price per square foot rising to Dh2,480, from Dh1,322, while Bur Dubai recorded the biggest price drop — to Dh1,304, from Dh2,671, EFG Hermes reported.

In terms of February's property rent performance, the report found that Downtown Dubai led the recovery while communities such as the International Media Production Zone, Sports City, and Dubai Silicon Oasis were the worst performers.

There was a strong pick-up in activity in the affordable property segment in February, driven by sales of ready units.

Dubailand accounted for 41 percent of total activity in the budget segment while Al Furjan, Tilal Al Ghaf, Jumeirah Village Circle, and Jumeirah Golf Estates were the other main areas for the segment, the report said.