Dubai's property's supply is in sync with demand 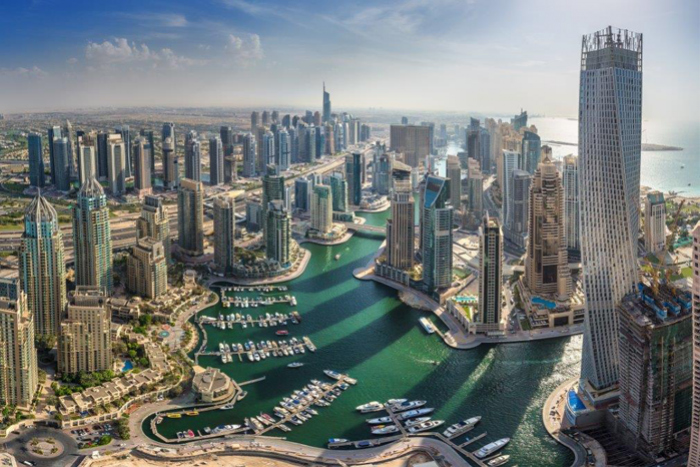 Dubai is a city that traffics in hope and optimism, but above all, it serves as a model for the concept of rationality. Despite the push-and-pull forces that try to move policy in opposite directions, the city's moral compass has been that of rationality, the highest calling that one can answer.

This mode of thinking adores facts, and when the domain of facts cannot be reconciled, only one variable overcomes it; patience.

Rationalism is one of the words that have developed a slippery coating. In its purest sense, the construct of rationality is about how we gain knowledge through deductive reasoning and the power of the mind.

Of course, a priori knowledge of facts is a prerequisite for this kind of knowledge base to be formed and harnessed. In this context, when we look at real estate research reports for 2021, one variable jumps out - No one can seem to agree upon the number of units delivered for the year.

Estimates abound from 17,000 homes to 36,000; what is astonishing in this regard is that the Dubai Land Department has already released this data in the public domain. It Is puzzling to see the narrative of oversupply still engulfing the landscape when the price and rental rise has put to bed the notion that any such oversupply would exist. Combine that with the Dubai Urban Plan of 2040, which calls for a near doubling of the population from current levels, and the picture that emerges is one of a need to urbanize even further rapidly. Middlemen who rely on data have been equally perplexed by this vast disparity of numbers. In some sense, their job has been more challenging because of the erroneous figures that continue to emanate from the analyst community.

Go by the facts

The recent release of Ejari data for 2021 further buttresses the claim that industry watchers already knew; rents have risen for the most part across the board despite the headwinds of Covid, and these numbers fly in the face of the oversupply narrative.

There is an infinite number of potential interpretations and opinions about how the market can move. This is but natural and serves the foundation of a marketplace. What clouds judgment is when the domain of facts gets eroded by empirically wrong numbers.

Macro supply stats have been one variable that the analyst community has broadly gotten wrong time and again since 2008. The narrative of oversupply that has taken over has in the past year been irrevocably challenged by the facts on the ground, as prices and rents moved higher in response to the demand curve that has shifted upwards.

The empiricist movement in philosophy paved the way for rationality by observing the facts on the ground and determining whether they were incongruous to observable events. In Dubai, policymakers have adopted the same approach as long-term investors and middlemen harness them. The blueprint of the city’s future carved out in not only the Urban Plan but in the successes of its past and the resultant wealth creation that has accrued for those who have been willing to wait is a simple one. But for the most part, it remains incongruous to what most of the analyst community has stated in the past few years.

Price and business cycles move in variable directions over time under several variables that act and exert pressure. Over the longer term, successful cities do not get there with a pall of oversupply hanging over it. Nor do they succeed with chronic levels of undersupply.

Instead, the only axiomatic claim to extract is that asset and wealth creation is the inevitable consequence of the long-term growth trajectory for cities with the right ingredients in place. Against this backdrop, commentaries that profess otherwise are part and parcel of society's conversation with itself. Nowhere in this conversation can facts be distorted for a prolonged timeframe.

The good news is that this form of rationalism not only emerges triumphant ultimately but, more importantly, can be learned. An increase in rationality is not something that you choose or not choose. The implication is clear: you have to work at it.

Becoming more rational is a long process that demands patience and discipline and, over time, weeds out the speculators and false information carriers. It is something that may have a variable result in the medium-term. Over the long-term horizon, there is hardly anything more substantial.