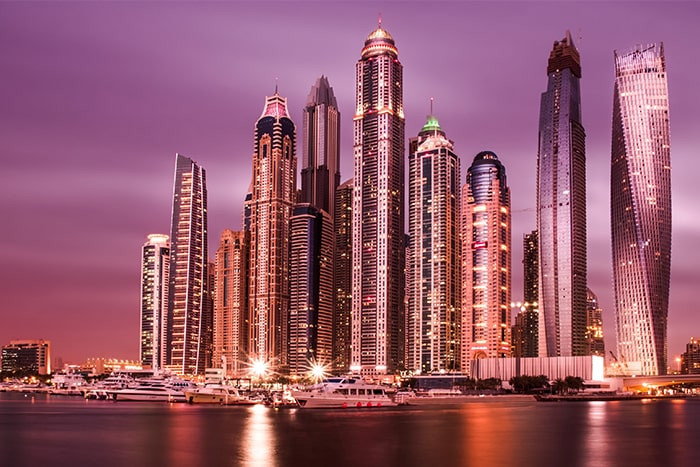 A boom in Dubai's prime residential market has led to prices rising almost 60 per cent in the past 12 months, driven by growing interest from international investors.

Prime areas include Palm Jumeirah, Emirates Hills and Jumeirah Bay Island, among others.

Palm Jumeirah registered villa price growth of close to 11 per cent during the first quarter and more than 38 per cent over the last 12 months. Villa prices in Emirates Hills rose 6.5 per cent in the first three months of the year and by almost 20 per cent in the last year, according to the report.

Palm Jumeirah and Emirates Hills continue to cement their iconic status, with global buyers continuing to jostle for an address in Dubai’s most exclusive enclaves.

In addition, there were a record-breaking 93 ultra-prime home sales in 2021 — these are homes priced at over $10 million. During Q1, we’ve recorded another 32 ultra-prime deals, exceeding the second best annual total set in 2015.

Dubai's property market has made a strong recovery from the pandemic-driven slowdown as the UAE's economy improves, helped by fiscal and monetary measures.

The market registered 25,972 property transactions in the first quarter of this year, the highest number of quarterly deals since 2010, according to Mo’asher, the emirate’s official sales price index issued by the Dubai Land Department in partnership with Property Finder.

A number of new records have also been registered in the market in recent months.

These have included an apartment at the Bulgari Resort and Residences selling for the highest price per square foot in the city. Also, a 10-bedroom, custom-built villa with 70 metres of private beachfront on Palm Jumeirah sold for a record Dh280m ($76m), beating the previous record of Dh185m set in 2015.

Overall, house prices in Dubai grew 10.6 per cent last year and by a further 2.6 per cent during the first three months of 2022, Knight Frank said.

The latest increase leaves values more than 11 per cent higher than in the same period of 2021, marking the highest rate of annual growth since January 2015.

The positive market sentiment, driven by the government’s … response to the pandemic, coupled with the successful hosting of the World Expo, the reopening of travel corridors and Dubai’s global safe-haven status, continues to underpin the market’s rebound.

However, there has been a slowdown in the rate of growth in certain segments in the market.

Average villa prices rose 3.2 per cent during the first quarter, down from 3.4 per cent growth in the final three months of 2021, marking the slowest quarterly increase in more than two years.

This slowing price growth is not uniform across the board, with the city’s most expensive locations still locked in Dubai’s version of the ‘Roaring Twenties’.

This outperformance is being fueled in large part by the influx of overseas UHNWI [ultra high net worth individual] capital that continues to target Dubai’s most luxurious homes.

Through to the end of 2025, just eight new villas are expected to be built in Dubai’s prime residential areas, hinting strongly at continued outperformance of villas at the very top of the market as there is nothing to suggest an easing of the luxury home drought any time soon.